Ah, Oktoberfest. Just the sound of it causes this German girl’s little heart to beat in time with the chicken dance!

I often tell people that Oktoberfest is like a religion in my family. I grew up attending the annual Mount Angel Oktoberfest every year, complete with traditional Trachten (costumes) and tanzen (dancing) polkas, schottische, and waltzes before it was cool to do so. As a young Mädchen (girl) I was so obsessed with my Deutsche heritage, I took two years of German language in high school and two more in college. And while I still have yet to visit the Rhineland in person, I am fluent in the language. 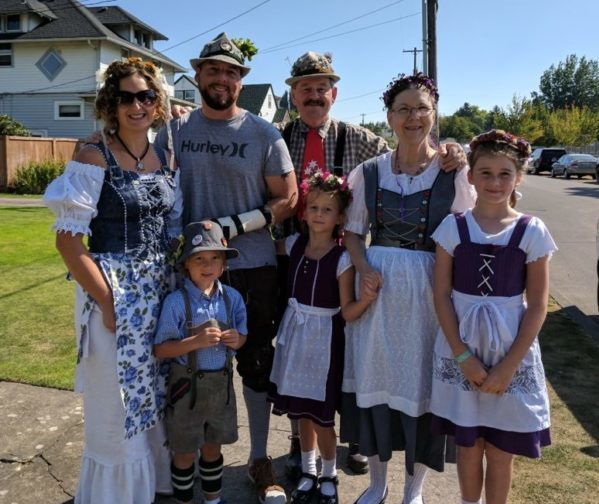 Flash forward to today, it is really important for me as a Mütter (mother) to expose my kids to something I love so much. Short of taking our family of five on an expensive Bavarian holiday, we do Oktoberfest annually, and I have come to know the pros and cons of every one within an hour of Portland.

So here is my insider’s guide to the best PDX Oktoberfest celebrations, all rated by Essen (food), Bier (beer), Kinderspass (children’s fun), Tanzen (dancing), and Authentische (traditional German culture). And, yes, my girls and I wear Dirndls and my boy and husband wear Lederhosen to ALL of them!

2019 marks Mount Angel‘s 54th year, indisputably making it the largest and longest-running Ofest in Oregon. (And my totally unbiased favorite!)

Essen: In addition to the food offered in the Festhallen (festival tents), Mount Angel shuts down several downtown streets just for locally-run food and craft booths. This year 50+ booths serve up delicious German-inspired and other festival fare.

Kinderspass: The Kindergarten features a petting zoo, magic shows, pony rides, facepainting, bouncy houses, and more all for FREE. Family-friendly entertainment is also offered all day at the bandstand in the center of town.

Tanzen: All five music and entertainment venues have dance floors with a line-up of traditional German folk, “oom-pah,” and accordion bands playing back-to-back each day. Friday and Saturday evenings the bandstand hosts a street dance with contests and prizes.

Authentische: On a scale of 1-10, I give it a 9 because there is something for everyone, but since I’ve never been to Leavenworth or Münich, I cannot yet rate it a 10.

Essen: A variety of bratwurst and potato pancakes, but also other American/festival style foods available.

Bier: Sample craft beer from local brewers and a selection of wine. Under 21 allowed with an adult.

Authentische: I give it a 8 for modern Bavarian charm and tons of fun events. 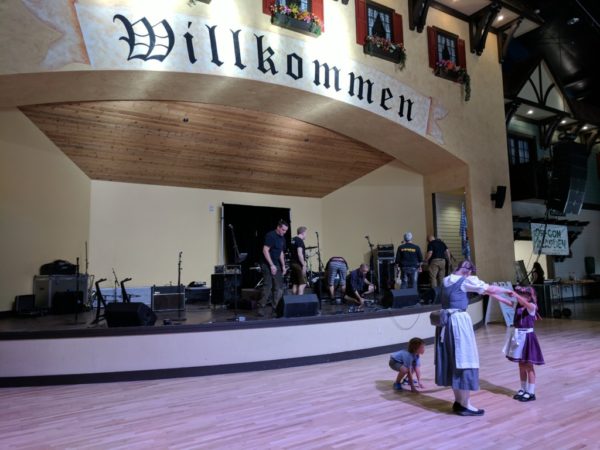 Children welcome all hours all days at this long-running Portland Oktoberfest, but it’s the only Ofest that charges entry fees for the entire event.

Essen: A huge assortment of traditional, German food is offered by a variety of vendors.

Kinderspass: The Kinderplaz (children’s space) offers afternoon activities on Saturday and Sunday and lots of other family-friendly events throughout the festival.

Tanzen: With three stages, the line up of fun, German-themed bands to dance along with is extensive, and kids are allowed in the Festhallen until 11 p.m.

Authentische: I give this one a 7 for a great selection of bands and food. 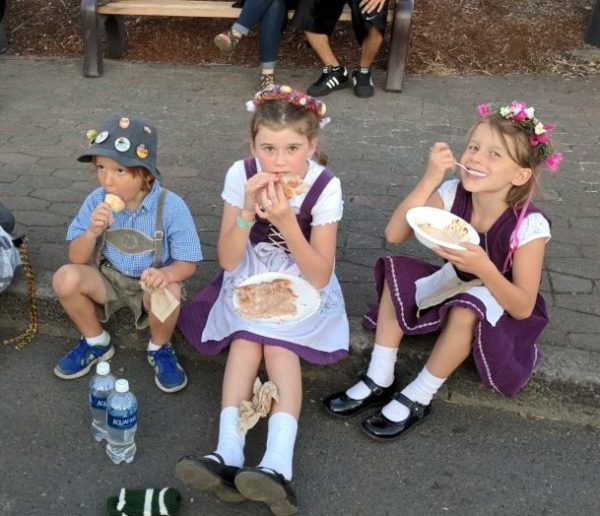 Free admission all day at Widmer’s 15th Annual Oktoberfest, now back at Widmer’s location NOT at Pioneer Square.

Kinderspass: No Kindergarten, but they advertise some kind of family-friendly entertainment.

Tanzen: No mention of dancing, but will announce band line-up soon.

Authentische: Honestly, I’ve never been, but based on their info, I’m giving it only a 2 for lack of beer diversity and traditional culture.

Looking for something a little less intense? We are lucky to have some great breweries and restaurants offering kleine (mini) Oktoberfests in their own establishments. All listed below are kid-friendly with German(ish) Essen, Bier, live music, and maybe if you’re lucky some tanzen.

It wouldn’t be a beer event without including the McMenamins properties. Bring the whole family to celebrate at the following dates/locations with beer specials including guest taps, live music, and German-inspired foods: 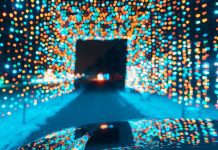 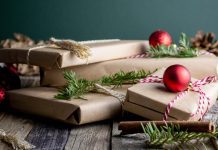 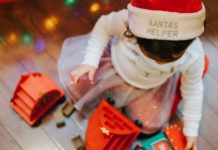