Both of my children are college dropouts. While this would have been devastating to me 10 years ago, I’ve not only made peace with it, I’ve also actively encouraged them to make the choices that feel right for them right now. 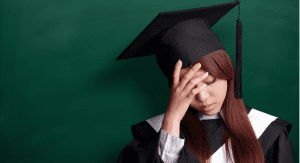 I’m from a family that values education. We’ve been graduating from college for generations. My father was an Ivy League business school professor! My sister is a teacher. Williamsons are expected to go to good schools and complete at least one degree.

It’s only during the last few years, as my kids have snuck into adulthood, that I’ve realized how very different life is for them. And that was before we had a global pandemic mucking up the works.

The difference between life in my mother’s youth and mine is pretty substantial, but the difference between growing up in the 1970’s and 2000’s is vast. Like Sahara Desert vast. Obviously, technology has had an enormous impact on Generation Z. I don’t need to all list the ways it has made life different; you’ve seen it yourself. But the way it’s changed the college experience surprised me.

In my day (cue the cane and long white beard) we kept in touch with our friends via written letters. Which we sent by snail mail. With stamps! How were my friends getting along in their far-flung colleges? Who knew? I was involved in my own day to day.

My kids were comparing notes with their friends by the minute. For example: My oldest had a terrible freshman year. She encountered a perfect storm of racial unrest, a bad roommate, a class in which she was ostracized, and several other low-level but important obstacles. She was lonely and miserable. 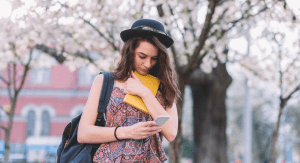 And she was texting her old friends all day long, watching them live their sunny college lives on their Instagram stories. This didn’t help. It increased her sense of loneliness and made her feel like she was the only one not having the time of her life. After trying three schools in four years, she decided she’d had enough.

My youngest started college in the fall of 2019 and was having a great experience. Then… COVID! By March of 2020, she was home. She’s now experienced a wide variety of academic instruction, from in-person to online to an unholy hybrid, much of it from her basement bedroom.

She stayed at home for a year and a half, only to return to a campus where she knew almost nobody. Wearing masks at all times doesn’t make social interaction a whole lot easier. She, too, was lonely and anxious. But more than that, she didn’t feel like college was preparing her for a future career and figured she could get a better social experience back at home.

I’ve always told my kids that college is about the experience as much as the classes. I got a great education. I learned a little about a lot of things, and a lot about a few things. I fell in love. I had my heart broken. I partied too much. I wrote dozens of papers. I learned how to budget, badly. I made friends and I lost friends. I learned how to live on my own.

I left college feeling like I was ready to tackle the world. It prepared me for adulthood. My kids are not getting that experience, and they know they’re facing an uncertain future. Their expectations of adulthood are so different from mine. They’re anticipating political unrest, the constant upheaval of pandemic shutdowns, and the near impossibility of affording a home in Portland. Not to mention the ravages of climate change.

Today’s students have very little tolerance for less-than-stellar professors. They want to learn practical skills that will give them security in an uncertain future. Plus, they’ve got those devices in their pockets, constantly alerting them to the newest catastrophes, as well as parading a bunch of teenage Tiktok millionaires in front of their faces.

Neither of my children felt that college was preparing them for life on the outside. So now they’re working, figuring out how to budget, navigating friendships and bosses and difficult customers and coworkers. They’re both excellent employees, valued by their supervisors and primed for promotion.

I hope they go back to college one day. I do still believe in the power of education and the stats bear me out; most college graduates make more money than their counterparts who have only high school diplomas. But for them, and for so many of their peers, college feels like a bad vacation. Full of rude tourists, tired attractions and tour guides that keep losing their way.

I know it’s not like that for everyone; plenty of young adults are graduating having had a good experience and with a solid education behind them. It’s not a broken system. But my kids aren’t the only ones who are opting out; American colleges have seen an enormous reduction in enrollment since the beginning of the pandemic.

I’m proud of them for making the tough decision and trusting themselves to find their own paths through this complicated coming-of-age. Most importantly, I’m determined not to hold them to the standard of a different time and place. As parents we have to resist the temptation to advise our kids to do things the way we did. Our footsteps are filled with sand, and a new path is emerging that we could never have imagined. 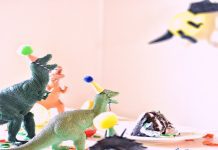 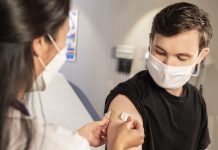 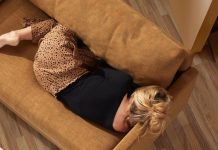