I got my first car, a 1984 Mercury Topaz, on my 16th birthday.  I plastered the rear end of that car in bumper stickers that showcased my most deeply-held adolescent beliefs.  I also hung a rainbow sun catcher from the rear-view mirror and filled the ash tray with a Hawaiian Breeze-scented deodorizer.  I loved that car, and all of my subsequent cars.  Before we moved to Portland from Virginia last summer, we were a two-car family, and I never imagined living without a car.  For one thing, we lived in a pretty rural area, where walking to the nearest grocery store involved plodding along on the shoulder of a highway for two miles.  My husband and I worked in the next town over, so we both drove about 20 minutes each way to get to and from work.  When we made the decision to move to downtown Portland, we sold both of our cars and chose not to replace them.  The way we figured it, getting rid of the cars would help us save money and learn how to get around Portland by walking and using public transportation. Right now, we live three blocks from a streetcar stop, five blocks from a Max station, across the street from a bus stop, and even the aerial tram is within a half mile.  Since we’ve almost reached the end of our first year without a car, it seems like a good time to reflect on the highs and the lows of living car-free.

As you might imagine, especially if you are as attached to your wheels as I was to mine, not having a car to call your own can be very inconvenient.  Early on, I had to learn to plan ahead for my day away from the house, which can be difficult when your day involves running errands, attending play dates, and getting to appointments all around the city.  I used to leave the detritus of our daily lives (cloth shopping bags,  dance clothes, snacks, and jackets) in the car, since I knew that if I needed anything, I could just pop out to the parking lot to get it. When I’m using public transit, I have to be very smart about what errands I run in which order to keep the ice cream from melting all over the shopping bags while we play at the park, for example.

I also have to account for unexpected delays, like construction diversions, blocked train tracks, or visiting politicians, so I learned the hard way to give myself an extra 30 minutes to get somewhere if I have an appointment or schedule to keep. It’s especially frustrating to see on Google that driving to a friend’s house on the other side of the city would take 15 minutes, while getting there by Max requires an hour and a half.  Grocery shopping is a particular struggle. Back in Virginia, I used to take a weekly shopping trip to stock up on food for the week, filling my car with whatever we needed.  Without a car, I have to take frequent trips to the store, bringing back only what I can carry, or use one of the many carts and wagons we have accumulated to haul back whatever we can pull.  We have made an effort to save renting a car for times when really need one, like when we have a visitor who wants to go to Seaside or Mt. Hood or we need to stock up on toilet paper and cat litter at Costco.  I have been pretty good at avoiding the (often strong) temptation to rent a car or get a Zipcar simply to make shopping and getting around easier, and when we do have a car for a day or two, we maximize our time with it by hitting multiple stores to get the best deals. My five-year-old daughter often mourns the days when she traveled around in air-conditioned bliss while listening to “Let it Go” on repeat.  Once, when her grandpa called and asked what she was doing, she said, “Waiting.  Bus, streetcar, Max…we’re always waiting for something.”

With such a long list of inconveniences, you might think we were miserable without a car, but overall, it’s been a positive experience for our family.  Now that the summer weather is here, my daughter rarely complains about the walk, and she can knows the NS Line from the CL line and that bus 17 will take us to Warehouse Café. We have definitely saved some money not having to pay for maintenance, parking, and car insurance.  Plus, getting a TriMet pass for the entire day only costs $5, and some days I don’t spend anything on at all on transportation, because we walk…a lot.  According to my pedometer, I average 8,000 steps a day, and that average includes the lazy Sundays when we don’t even leave the house.  Some days, my step count is closer to 15,000.   My husband walks to work every day, and I often walk to the grocery store, to my daughter’s preschool, to the library, and even to Target.  Additionally, we feel good that we are being green with our decision to rely almost exclusively on public transportation and walking. TriMet can take us right to many of the best attractions in Portland, like Washington Park and OMSI.

I’ve also realized that I notice different things when I’m walking around the city or viewing it through the window of a train or a bus.  Portland is full of hidden wonders that I might miss if I were driving all the time.  For example, the Rose City has some spectacular statues, public spaces, and rose-lined streets that seem to pop up out of nowhere.  If I need to go somewhere that’s hard to reach by transit or foot, I now have friends who are happy to pick Karys and me up for some suburban fun.  Aside from our pitch-black nighttime trek through high grass to see the roller derby at Oaks Amusement Park, we’ve managed to keep our travels pretty simple. I enjoy a commute where my main worry is getting off at the right stop, and I don’t even have to pay attention to traffic signs and exits.  I do a lot of reading and writing while sitting on the train or bus, two things I never figured out how to do while driving (wink, wink). I also feel very fortunate that our first Portland winter was very mild, so I haven’t had to deal with getting caught in the rain or cold very often.

In late July, we’ll move a bit farther away from downtown. We’ll most likely get one car, though we don’t think we’ll go back to having two any time soon. There were times I didn’t think we’d make it to the end of this year without caving in a heading to the auto dealership, but I’m glad we stuck with it.  We figured out that our ability to live and thrive doesn’t depend on having a car.  There are so many ways to get around in our new city, and I may soon add biking to my modes of transportation.  First, I’ll have to learn to ride a bike in the city.  I’ll let you know how that goes! 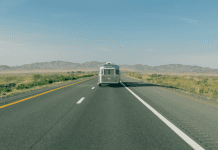 I Survived a 41-Day Road Trip 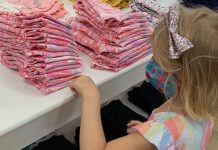 Back-to-School Bash: A Shopping and Celebrity Event at the Columbia Gorge Outlets 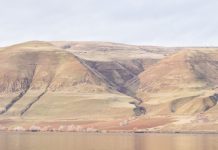 Five Staycation Adventures Within an Hour of Portland