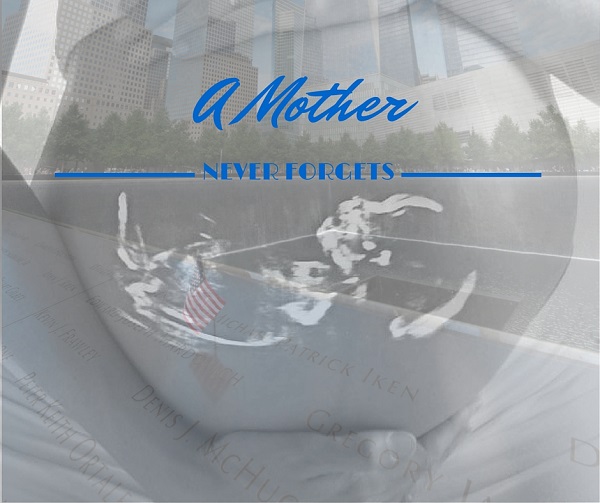 The sun still rose. It was one of those days when it felt like an accomplishment to even wake up. September 11, 2001 had finally come. I thought maybe my mourning would finally be complete.

I turned on the television and began my sunrise routine. There was a breaking news update: a plane had crashed into one of the World Trade Center buildings. It was 6 a.m. where I was, but 9 a.m. in New York. People were already at work there; at home, I was shouting for my mom. I was grateful to have a place of refuge after the divorce; even if it meant sleeping on the couch. We stared at the TV together, in desperate disbelief. My younger brother walked into the room – he had never seen a plane crash into a building either. So much death. I wondered how many people were on that plane, on those floors. I had to get ready; I still had class at 8:00.

I wondered if my child would have been one of those babies born on the due date. Would I have held my baby for the first time on this very day? Would I have already brought my sweetheart home? Would I have still been at my old place? Would haves wouldn’t do me any good, it was what it was. I had lost my baby to miscarriage. They say it happens 10-20% of the time. People also say you’re safer in the car than on a plane… not that day.

I kept checking the TV to see if anything had developed. Smoke still rose from the North Tower. I glanced in the living room mirror to apply my mascara.

I looked at my eyes; they were still bloodshot from crying the night before, when a candle had been lit and a goodbye had been said. So much had followed in the wake of the loss of my pregnancy. There was deep loss and great healing. Sorrow in the here and now mixed with hope for the other side of time. I was still struggling with the concept of beauty rising from the ashes all around me.

NO! Another plane flew into the second tower! What was happening? This couldn’t be real.

I didn’t know how to process losing a child. The release of dream after dream felt all too heavy.

I felt like the TV was lying. This couldn’t be true. Were we at war? Were we in danger? Who was attacking? Would life ever be the same?

Was this my fault? So many questions terrorized my thoughts.

The Pentagon has been hit.

The South Tower has collapsed.

A plane has crashed in Pennsylvania.

America felt helpless. Her citizens began to scramble for hope, praying, and holding their breath as they waited for what would come next.

Your HCG levels are low.

Your levels are dropping.

There is no heartbeat.

I felt helpless. I began to scramble for hope, praying, and holding my breath as I waited for what would come next.

I was stuck in traffic on the way to school.

I mourned the birthday my baby never had, the day the towers fell. I lamented alongside America for the approximately 3,000 people who lost their lives that day for reasons we don’t understand. When we lose people we love, it is not often that the world stops with us. That day it did.

For me, national tragedy marks personal tragedy. Every year, as America remembers, I count the years and take a moment to speculate in remembrance what that child would have been like, when our country would cease being afraid, and where those mourning families are today. The weight of the sorrow has lifted, but I’ll never forget. My baby would have been 14 this year.

October 15 is Pregnancy and Infant Loss Remembrance Day. A mother never forgets. Many women mourn alone, some for far longer than people realize. Their world stops, but everything else keeps moving. When we have friends in the midst of loss there is not much we can say, sometimes the best thing we can do is just stop beside her in recognition of the tragedy. Sit and listen to the questions that haunt her at night, mark the hard dates, and allow the mother to feel the depth of what they have experienced without trying to explain it away.

Are you a mother who also remembers? Portland Moms Blog has created a wall of remembrance for us to remember the children we have loved and lost here. 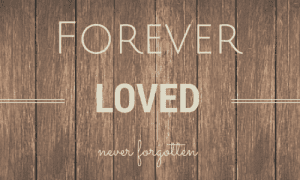 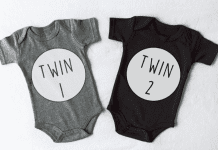 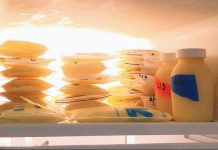 What I Wish I Knew: Passive Breastmilk Collection 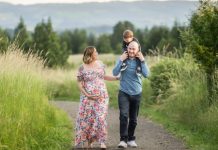 How to Make Your Little One’s Next Vaccine Less Stressful (for...

Kyira - October 2, 2022 0
Shots are hard. They can be scary and overwhelming for our kids and us. And yet, we wouldn’t do it if they weren’t incredibly...

5 Tips for a Great Homeschooling Year

5 Ways to Nourish the Transition to Fall