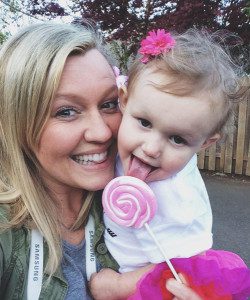 I remember exactly where I was when my friend Kristen told me that she was pregnant with a surprise third baby.  I remember our excitement when she told us that after two boys, this third baby was a girl. I remember visiting them in the hospital and holding that teeny little newborn wrapped in pink.  But what I remember most clearly is driving to OHSU the night that Kristen and her husband got a call that would change their lives.

At six weeks old, baby Emmery was diagnosed with a serious and rare genetic disease. That night up on the hill Kristen could barely pronounce Alagille Syndrome, let alone could she wrap her brain around this complicated disorder that was such an unwelcomed intruder into their lives.  It had only been hours since the phone call from the doctor with instructions to rush to Doernbecher Children’s Hospital, but already Kristen and Erik had a crash course in human biology, for the simple reason of needing to understand the parts of their daughter’s body that weren’t working correctly, and needing to understand all the other parts of her body that may or may not work correctly over the course of her life.  Liver, spine, brain, heart, lungs… it was hard to name a location in her little 10 pound body that was not on the list of possible places where Alagille could attack and destroy.

It was heartbreaking, amazing, awful and inspiring to watch the next several months unfold as Kristen learned what it meant to be a mother to a daughter with serious medical needs. The future was (and still is) so unknown, and I know it was tempting for Kristen to surrender and be swallowed up by the fear. Alagille Syndrome is a very rare disease, and few doctors truly understand it, let alone a shocked and overwhelmed mommy wanting to protect her baby from pain. Em’s primary symptom is a constant internal itch that is currently untreatable, and keeps her (and her parents) literally up all night, and causes a one-year-old to scratch her skin raw.

But rather than cower and cave under the weight of this diagnosis and difficulty, I saw my friend find a strength she didn’t know she had. This new reality lit a fire under Kristen, and it was fueled by her faith in God and love for her daughter.  She realized that Emmery’s view of herself and her life must be modeled by her mama.  In Kristen’s own words: 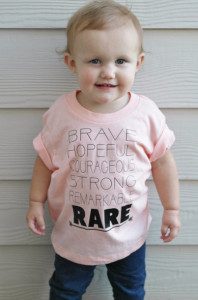 Around Emmery’s first birthday, Kristen started dreaming. Not just about a beautiful and full future for her own daughter, but about a way to encourage other children and families who have unique diagnoses. She dreamed of having empowering statements brazenly written on their chests that declare that these little people are brave and victorious (and so are their parents).  She started researching small businesses, apparel brands, screen printing, web design and dozens of details that would be involved in making a go of it. 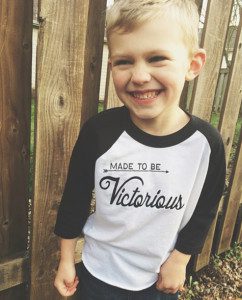 On September 1, 2014, Kristen saw her dream become a reality, when she officially launched Remarkably Rare, a company devoted to providing encouraging and empowering apparel for those affected by any condition that makes them rare. Over the last nine months, people from around the country and around the world have started clothing their kiddos and themselves in these positive messages.  The connections made through Remarkably Rare go so far beyond the love of a cute t-shirt (but they ARE really cute), and have especially drawn together many moms of children with rare diagnoses.  The message that Kristen is sending to the moms, as well as the children, is that life can be unfairly hard and overwhelming, but it is also beautiful and amazing.

I am so inspired by my friend.  She is teaching me over and over again that no matter what life throws at you, you always have the option to choose your response.  And I want to choose JOY.

To find out more or order a shirt that empowers, please check out www.remarkablyraredesigns.com. You can also read Kristen’s powerful letter to Alagille Syndrome itself. AND, for a chance to win a free t-shirt from Remarkably Rare, just enter below!

{This is the first post in our series about Moms Who Inspire. Look for more great stories in the week ahead!} 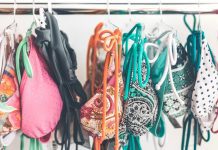 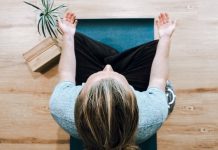