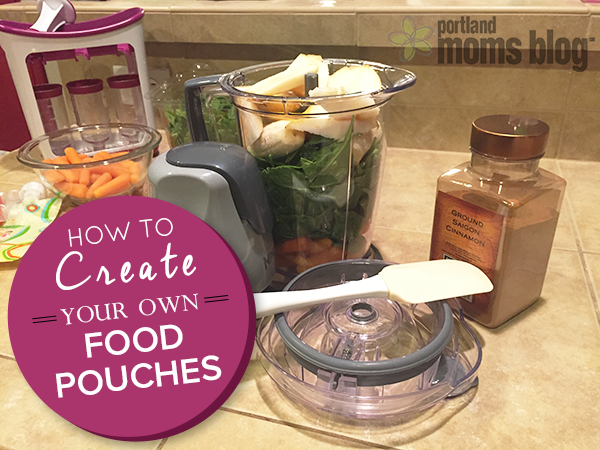 Okay. We’ve all been there. Be it a quick trip through the drive through, offering up yet another PB&J, or grabbing the expensive random food pouches at the grocery store, there’s nothing worse than hearing your littles tell you they are hungry for the bajillionth time, so you try to find something fast. You want to feed them healthy stuff, but you sometimes just simply want to feed them. As a WAHM where my dinner service is regularly frozen, fast or simply cheap… I get it!

When I was pregnant, I vowed in the self-righteous, good-intending, healthy-baby-raising manner not to let my kid ever eat processed food. Fast forward 26 months and I’m choking on that vow regularly. It wasn’t totally realistic, not in this day and age, but I did fully commit to making my own baby food.

It wasn’t difficult–certainly not the ordeal that it’s made out to be–especially because the best thing you can do for your infant is feed them what you’re eating. Steamed broccoli, steamed carrots, peas, avocado, bananas, pumpkin, chicken breast, quinoa, beans, rice, oatmeal… toss it in the food processor. Maybe add some water or broth. It really was that easy.

So it was even less of a stretch when I decided I wanted to make my son’s food pouches. For about a month, I bought the food pouches from the store. This was not because I was intimidated, it was because they had already perfected flavor blends, and I’m not that creative in the kitchen. Trying new things, experimenting and mixing flavors like meat and cranberries weirds me out. I wanted to see what my little man liked–and hated–without wasting time or money. I started to write them all down on a sticky note that’s still stuck to my fridge and added to regularly (it’s my “recipe book”) and moved on to the next phase. 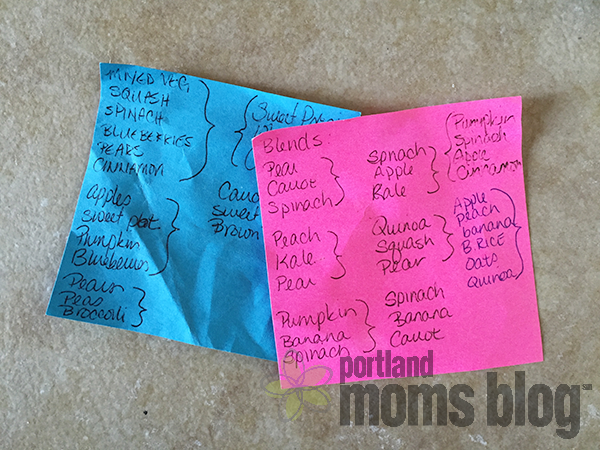 I had the recipes, but where do I PUT them? This was far less difficult than I expected as well. Google “Food Pouch” and you’ll see a plethora of choices. Infantino, Squishy Snack Pak, BooginHead, Nourish, Squooshi, Yummi, NurturMe….it goes on. At the time, I didn’t realize that “Reusable Food Pouch” was what I should have been researching, but I’ll get to that later.

I chose the Infantino Fresh Squeezed Pouches as well as the Infantino Fresh Squeezed Squeeze Station (both available at most retail stores and online) mostly because I could look at the box at Babies R Us and take it out of the box while asking questions to the sales associate. But I was still throwing away the pouches. All. The. Time. I found I was a bit stingy with them because, though significantly less by comparison to store bought, it’s always difficult for me to buy something for the sole purpose of tossing it…which is really bad considering my son was eating raw spinach, fresh pumpkin, peas, carrots, fresh fruit, and kale constantly. I tried the silicone reusable pouches first, and I hated them. My son could never get more than 75% out of the container, and they are only 4 oz so there was a lot of waste. Then I found Squishy Snack Pack.  I was drawn to them because they are dishwasher safe, freezer safe, reusable, and worked with my Squeeze Station (which I LOVE).

So, how do you make them?

In my experience, it’s easier to steam, cook, peel, chop and shred whatever it is you plan on putting into your pouches beforehand and place them in bowls around your counter like you’re hosting a cooking show. Also, if you plan on using quinoa, brown rice, or beans, make sure you get to the brink of over cooking. You want them really mushy, because it’s harder to blend them to make a really good and smooth pureé if they aren’t extremely soft. 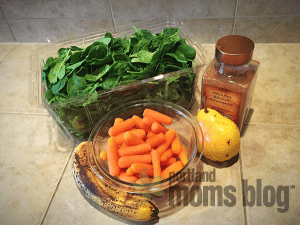 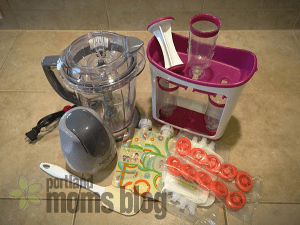 I’ve also discovered that as much as I love my Bullet Blender, unless you take the extra step of chopping and adding water, it can stress you out pretty badly with how hard it is to pureé. It still works great, and don’t go out and buy a new thing solely to make pouches, but it does take more time and more prep. My sister in law bought me a Ninja Blender for Christmas, and now it’s my go-to when I am in pouch-making mode because I don’t need to chop or add extra water. I don’t actually own a food processor, but a good one should be able to produce a really smooth pureé as well. If all else fails, simply add small bits of water to smooth out the ingredients.

I don’t use juice, because I put fresh items in including the fruit, but I do use cinnamon regularly. It tastes great and can help balance blood sugar. Be careful though, don’t put more than a tablespoon into a batch because it can “dry out” the pouch…like trying to eat a spoon of cinnamon. Not fun.

The other thing to remember is that you WILL make a mess. The sooner you accept it and just clean afterwards, the more you’ll enjoy it. 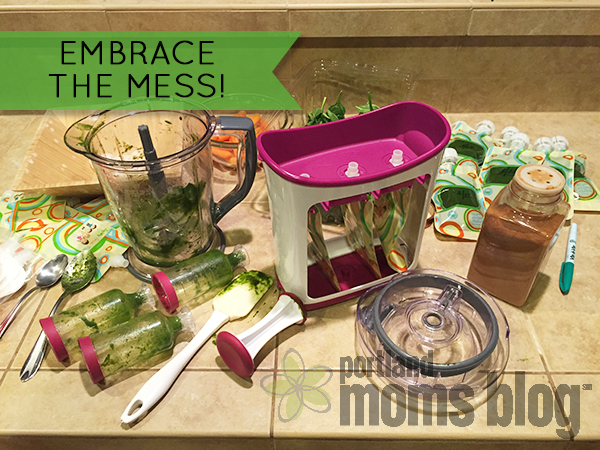 I’ve also gotten over trying to make “small” batches. I take advantage of the throw away pouches as well as the reusable ones, because then you can bring the throw away into Saturday Market and not worry about the non-rinsed pouch stinking up your diaper bag because it’s been cooking in the sun all afternoon. On average, I make 20-25 or more pouches at a time. I use all 16 of the reusable, and then go for the throw away as my backup.

Make sure that the pureé IS a pureé. It needs to be smoothy consistency or it won’t come through the top.  Remember, if it’s too thick just add small amounts of water, juice or cool broth and keep blending. 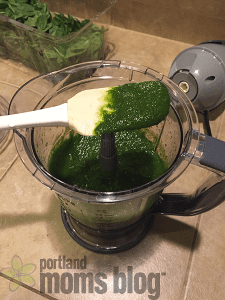 However you choose to fill your pouches, remember that fridge storage is only 48 hours, and freezer storage is only 2 months. To unfreeze them, it’s just like breastmilk – in hot water. DO NOT MICROWAVE!

To make my life easier, I will write the date in wet erase marker on the reusable pouches, and in permanent marker on the throw away. I use wet erase because when I defrost it in the hot water, the ink comes off as well.

* A little side note here, I don’t measure. I always fill the blender with spinach, blend it down, and add more spinach. Other than that, it’s a full raw fruit/veggie unless otherwise stated. If you aren’t impressed with these ten, do what I did. Go buy a few and try them out. Don’t forget, they taste really awesome, and I’ve tried them on older kids too… so you can sneak one in the diaper bag for you as well!

Remember, you can add, mix, and remove things to add in different flavors! Like Chia seeds, cooked oats, citrus fruits, watermelon, and yogurt! Go with the season, what you know your family likes, and don’t over think it! Enjoy! 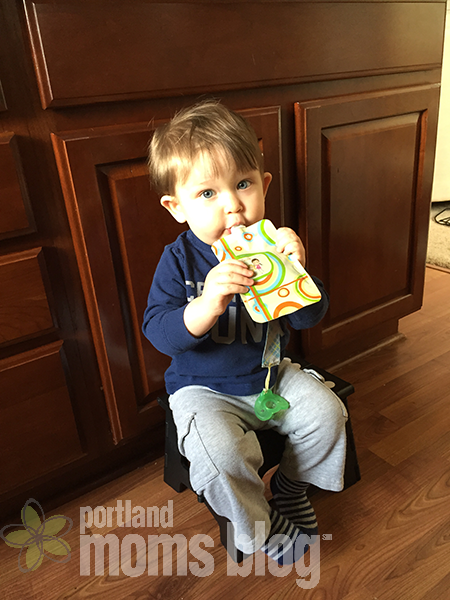 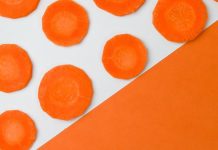 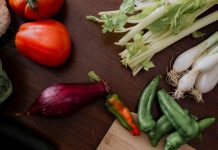 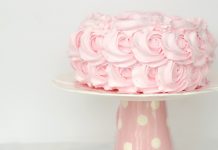