In our family, only one of our kids has ever expressed much interest in competitive sports. However, it is important that kids have physical activity and exposure to different forms of movement and exercise. With that goal in mind, I hesitatantly signed three of my kids and myself up for Taekwondo classes on my sister’s recommendation.

Martial arts classes have been a favorite for kids and parents for generations. Taekwondo is a Korean martial art that was developed in the 1940’s, drawing on influences from karate and other martial art traditions in Korea. Taekwondo emphasizes kicks and agility, while including  familiar components from other martial arts such as board-breaking and sparring. For our family, we chose Taekwondo specifically because it checked a good number of boxes:

My kids approached our new activity before actually TRYING IT with a variety of feelings. One of them is at that fantastic age where whatever mom proposes is automatically garbage. Another struggled with anxiety about starting something in a new place. And another is simply littler than the others, and still learning about her likes and dislikes.

But it only took one lesson and they were sold. After our first week, they were familiar with some of the formalities of the school, such as bowing in respect, responding with “Yes, sir” or “Yes, m’am” when addressed, and upholding the five tenets of Taekwondo. They were practicing agility, strength, and speed, but in a fun and engaging environment.

There are many benefits to this family-based approach to any sport, but I struggle to think of another option where kids and parents participate so closely. Taekwondo gives us the opportunity to suit up, to review our level-appropriate lessons, and to cheer one another on during any given high or low. Though we attend together, the kids often split out into different groups. Our instructors are amazingly, endlessly supportive of my children and their occasional non-compliance.

An unexpected bonus is that the others in our class are also families of roughly the same belt level as us. We line up in order of rank and respect that some are ahead of us on the journey, and some are just starting out. Some days, our class leader is an eight-year-old. How awesome is that? We have parents there with kids of all ages, and there’s no judgement when a little one — or even a grown-up — starts to spin out or struggle.

A lesson in humility

My sister, who also does lessons with her family, likes to say that there is no ego in Taekwondo. Middle-aged parents clumsily do bunny hops across an obstacle run, while their four-year-olds absolutely crush it with minimal effort. More than once, I have completely lost my balance for no good reason. When learning new self-defense techniques, my brain often does not process time or space properly, and I somehow become even less graceful than my standard awkward baseline. I see it as an opportunity to show my kids that the most important part is simply showing up each day and trying my best.

In the end, it’s absolutely true.

An inclusive sport that meets you where you are

As mentioned, I may not be the most graceful among us. Athleticism does not come naturally to all of my children. Taekwondo and other martial arts are accessible to people of all shapes, sizes, and fitness levels. We start every lesson with 30-ish minutes of cardio, followed by stretching. Jumping jacks, sprints, and sit-ups are familiar tasks to most people, and they get easier with time. It never, EVER matters if someone finishes last. 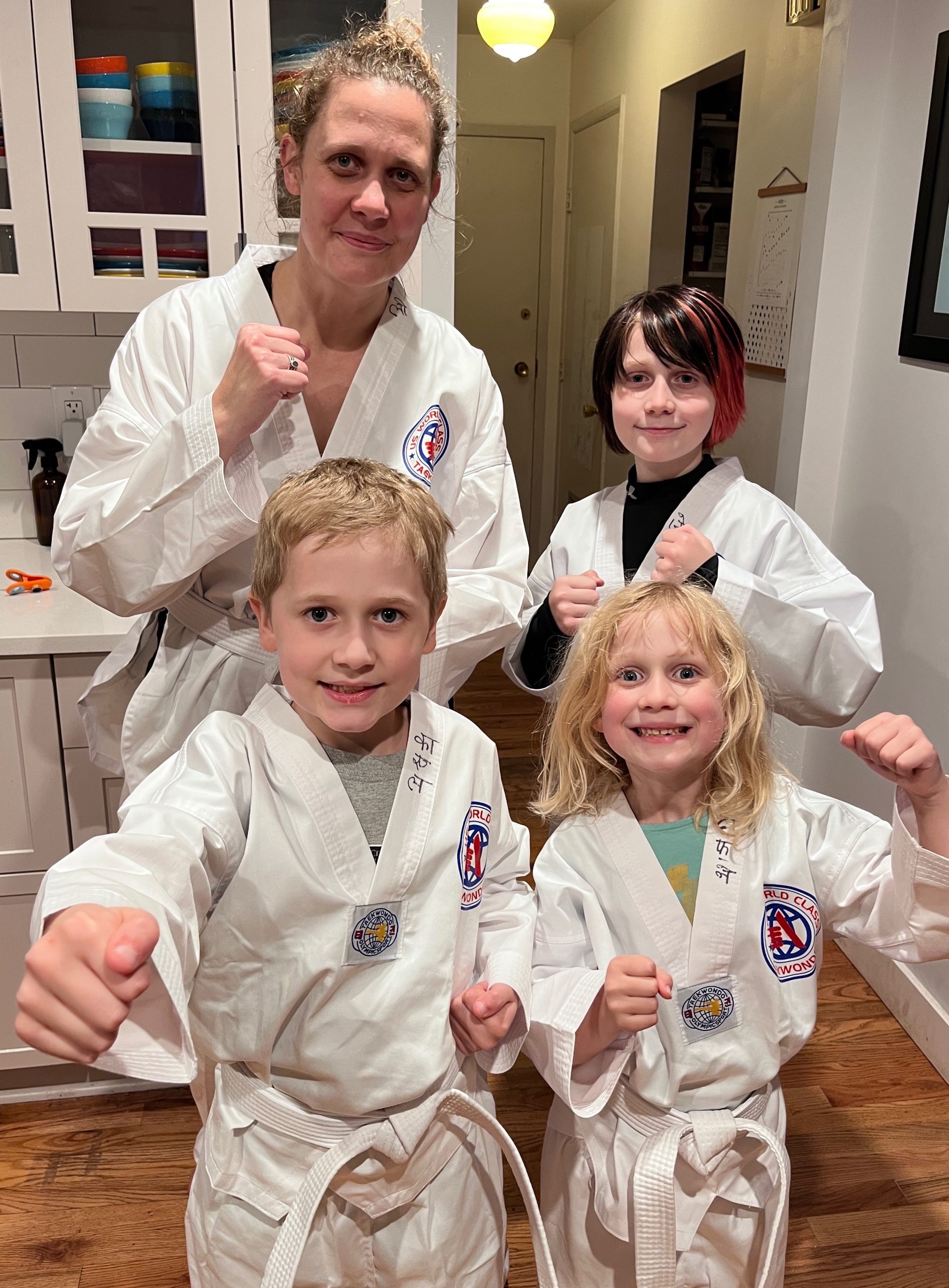 An extra note on accessibility: there is some preliminary literature about the benefits of martial arts for neurodivergent kids (a few randomized control trials here and here). Studies have observed the carryover benefits of marital arts in communication and executive functioning tasks, which is pretty wild, really. Anecdotally, Taekwondo represents the first sports environment where my neurodivergent kiddo can move through learning at a speed that works for him. Sometimes that means he sits out 15 minutes of class. Other times it means he hyper focuses. Each day may look a little different, but he makes gains overall week to week.

Lessons beyond the school walls

I can’t speak for all Taekwondo dojangs or for martial arts in general, but our school places a huge emphasis on using learned skills for focus and defense, never for harm. I am still fascinated by how well this has worked out; my kids have yet to ever use any of their new moves on one another.

Instructors also approach the study of Taekwondo as a whole-person experience. Before each belt test, parents fill out forms asking how respectful the kids are at home, and areas that they may want to work on (I always mark that they need to do better with cleaning their rooms because YES). During the school year, there is also a form for a teacher evaluation to address academics. At each class, family members bow to one another in recognition and gratitude. This approach has really resonated with my kids, and it makes me a BIG FAN of this particular sport.

Also? It’s a built-in workout, two days per week, and I’m surprised by how just a few months have led to some big improvements in my own agility and endurance. I may never be a fan of the bunny hops, but I will always be a fan of Taekwondo!

Portland is full of Taekwondo schools and other martial arts classes. Here are a few options: 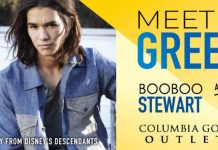 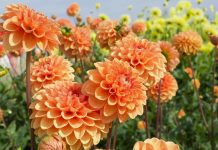 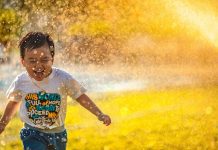