We recently acquired two new members of the household. They are sisters who wake me every morning with their Broadway vocals, doff their dresses to join my daughter in the bath, and hijack at least 78% of our family’s dinnertime conversation. I was never particularly interested in making the acquaintance with these Disney princesses of Arendelle, but have gotten pretty used to having them around. They are Frozen’s Elsa and Anna, I loathe to admit that they might even be growing on me. 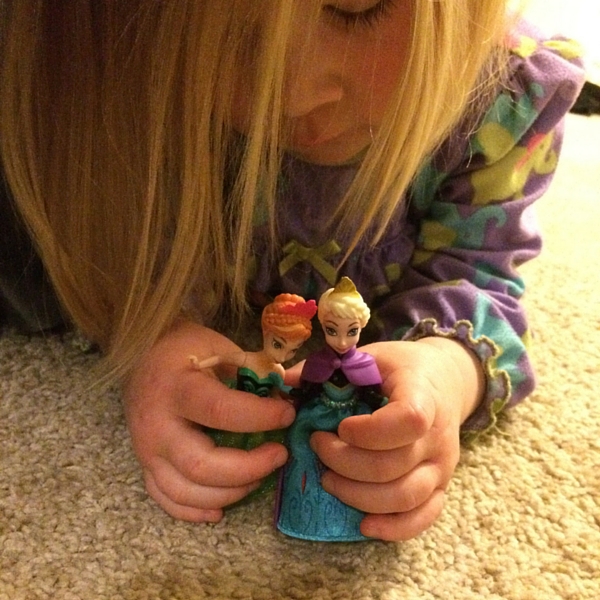 I know, I know, we’re about two years too late to the Frozen party, but Walt has never much been a friend of mine. You know, Disney and that whole racism/sexism thing. Being the stereotypical socially-conscious Portlanders that we are, my husband and I offered mostly gender neutral toys and books and didn’t introduce TV until after our daughter was three-years-old. We puffed our self-satisfied chests for having successfully avoided “characters.” That is, until recently.

I knew, of course, at some point she would become privy to Disney, Marvel and Nickelodeon. She goes to daycare, after all. But what I dreaded most was her inauguration into the glittery-pink world of fancy ball gowns, narrow waists, coiffed hair, and all things royal. When the time did come, I told myself, I wouldn’t fight the Princess Phase, for fear of making a mountain out of a molehill.

Enter Christmas 2015. My husband took our daughter shopping to pick out a present for me. She chose a pine-scented car air freshener and the Frozen soundtrack. I giggled when I opened my gift, unaware that I would soon be singing along karaoke-style. Daily.

“Do you want the build a snowmaaaaaaaan? Or ride our bikes around the haaaaaalls?” And talking about Disney princesses. Hourly. “Elsa and Anna are princesses…I’m a princess too!” she told me proudly one afternoon.

Princesses, oh, princesses. With your once-upon-a-times and happily-ever-afters. Your lack of diverse representation in your Aryan facial features, and your impossible body proportions, hyper-sexual costumes, and white knights in shining armor. How you perpetuate racial, cultural, and gender stereotypes, and ignore diverse family compositions, homosexuality, and disabilities. Now that my daughter looks up to you, I have an even greater responsibility to provide varied role models.

“Isn’t Elsa so pretty?” my daughter asked me one day, gazing longingly at the Frozen poster that accompanied the CD. That she insisted we hang on her wall. Expertly, I punted her question back to her. “What do you think makes Elsa pretty?” “Her long dress,” she replied, pulling at the hem of her own, knee-length dress as if to will it longer.

Alright, so she’s not exactly privy to our cultural beauty ideals. The sisters do have fun fancy dresses and capes that are sparkly but seasonably appropriate. And it continued…

So maybe the Arendelle princesses aren’t so bad after all. Maybe my privileged upbringing, liberal arts education, and general anti-establishment views (thanks, Dad) make me a hypercritical consumer of media. Maybe I overlooked the positive aspects of the modern-day Disney princess.

So while I am unlikely to be purchasing any licensed Frozen paraphernalia for our daughter’s 4th birthday, I can certainly put my preconceived ideas aside, and embrace the simple pleasures that animated musicals bring our family.

And, in the interest of full disclosure, please note the irony that my own father still calls me “Princess.”

What do you think of your children’s obsession with Disney? Are there other convictions you’ve let go of since becoming a parent? 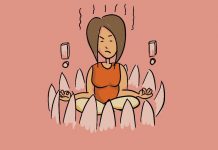 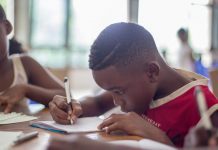 New and Fun Ways to Engage Your Child at Home: Projects! 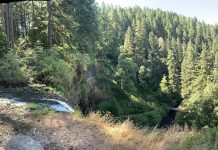 Katie - August 13, 2020 0
Camp Tonsafun is here to save your summer and make a mess of your kitchen... in the very best way possible. When our partners...