Seven years into motherhood and I find myself in contention with an unwavering opponent; one that is more fierce than Lego pieces, more resilient than a stuck Band-Aid. I feel ill-prepared. After all, I am just a boy mom, standing in front of a laundry pile, wondering when did this happen? How? Yet at the end of the day it truly is a lost battle. In the rage against athletic shorts the score remains, mom = zero, athletic shorts = 1. 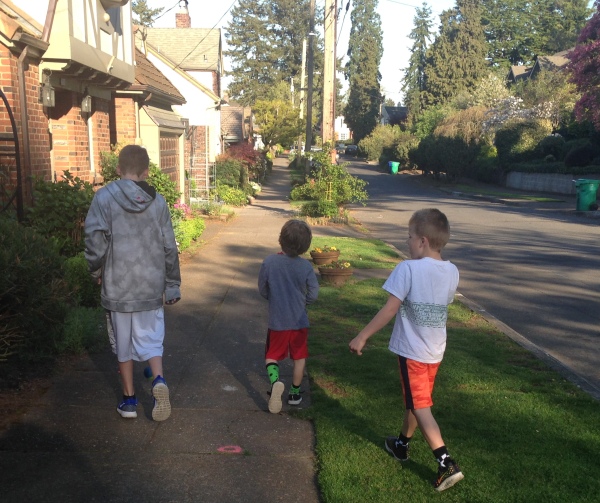 We didn’t learn our son’s gender prior to birth so we moved through pregnancy blissfully unaware of “who” would join us. The nursery was decorated in a sweet nature theme, full of greens and yellows. Onesies were devoid of solid pink or blue, instead mostly natural colors with pops of orange and purple. Even after his arrival, I continued to choose clothes that would fall under the category of gender neutral. I enjoyed buying clothes and seeing him in cute outfits. This went on for several years and honestly, I can’t recall when it shifted.

The toddler who willingly wore Wild Carrots clam diggers and cardigans was no more. He was a boy who had strong opinions and newfound favorites, which had nothing to do with cotton or mom’s suggestions.

Suddenly, almost daily I began to hear, “mom, are my blue shorts clean?” or “where are those shorts from cousin?” I slowly became aware that he was only wearing his few pair of athletic shorts. Shouting would ensue on those mornings when heaven forbid, they hadn’t been washed. I’d take him to his dresser drawer and pull out four or more pairs of shorts; cargo, camo, jean, and sweat. They wouldn’t do, they weren’t athletic shorts. He even went so far as to not put the day’s pair down the laundry chute and would tell me they were clean enough the next day (which of course they weren’t because, well, he’s a boy!)

There are days, more accurately weeks, when I concede. My hands are thrown in the air and he goes happily about looking like he just stepped off a basketball court. Wash, dry, fold, repeat and I fight the urge to hide a few pairs back into the bottom of the pile from which they just came. Consequently, we also have days when he surrenders and will throw on shorts of the non-polyester variety; usually on a Sunday, holiday, or other such special occasion.

When my perspective shifts from mine to his, I understand the lure of the lack of confinement athletic shorts provide. What mom doesn’t remove her bra upon first walking in the house at the end of the day?! I get the non-binding, non-bunching need for comfort. I do.

It’s not about the athletic shorts. Or is it?

My son often skips or runs ahead on our walk to school, always coming back to take my hand. I delight in his enthusiastic entry into his day. He goes forward comfortable and confident, pleased with his choice of clothes. I know it’s not the outward appearance, but rather who his heart is and what shines from the inside out. However as a mom who once dressed him in skinny jeans and button downs, I sometimes get distracted by the sheen of fabric instead. Yet as I lose him in the masses of the hallway crowds, as he blends into the athletic short sea of boys, I smile in the midst of my head-shake. The pendulum of motherhood will swing back around. I trust someday he will call to me from the dressing room, asking for advice. Until then, I will do my best to wave the white gym-short flag as often as I can; when I am not hiding them at the bottom of the laundry pile. Again. 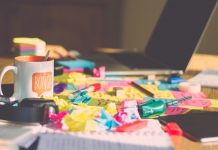